Courting the Chinese at the 2014 APEC Summit.

Posted by BurttsCornerBoy at 23:23 No comments:

Where is the "Hope For Wildlife" equivalent in NB?

Watching the series "Hope for Wildlife" with my daughter, you can't help but notice the care and compassion that is advertised but often missing from the mainstream for profit animal hospitals. The following is verbatim from a post shared tonight on Facebook, Twitter & Instagram: I'm saddened to announce that the #efforts (None that I'm aware of) of the #riverviewanimalhospital were not enough to save this little #kittycat that had given up along the roadside last night. I am very disappointed in an organization holding itself out as an animal hospital. I reluctantly left the #malnourished #cat (possible infection & in need of neutering but too #weak ) to be cared for. Even though i was referred by the SPCA, it was clear that the biggest concern was who would pay & am convinced that had I taken ownership there would have been numerous options for care at my disposal. I left my phone number for follow up specifically asking that I receive a call to advise of the animal's prognosis indicating that I would not see the cat #euthanized I followed up three times by phone being advised that the #feline was resting comfortably but when I went in to check on the cat at 4:30 today I was told that the #animal was in isolation when I believe it had already been #putdown. What kind of system are we running here in #Moncton / #Riverview #NB #Canada Reference: http://instagram.com/p/sJKR7TQp4i/
Posted by BurttsCornerBoy at 00:20 No comments: 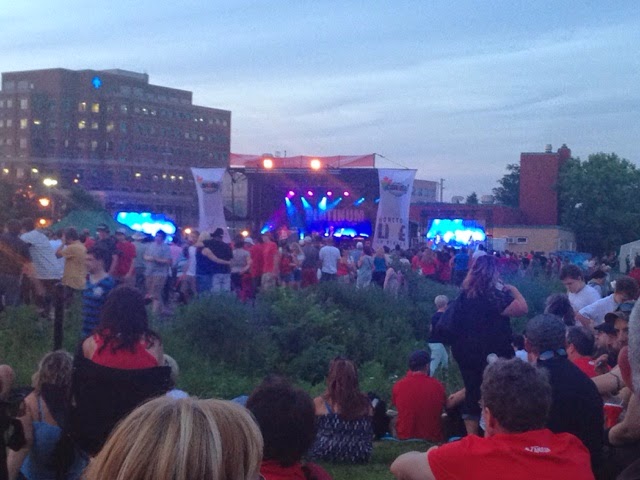 Posted by BurttsCornerBoy at 00:54 No comments: 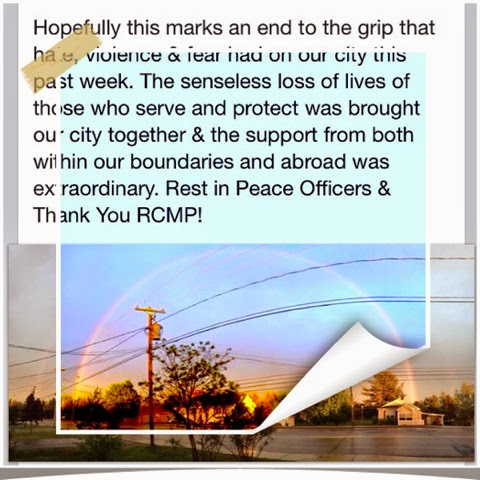 Posted by BurttsCornerBoy at 23:46 No comments:

Posted by BurttsCornerBoy at 12:21 No comments:

With a background in Advertising as well as several years working in Media Measurement and Market Research, I thought I'd heard it all. However, I was taken back when I received a "flyer" from ING Direct yesterday advising that they had turned the well known banking institution into "tangerine". ING was recently acquired by Scotia Bank, so I guess they just wanted to put there own "Sun Kissed" style stamp on it. With all the time and money spent promoting the ING brand and it's majestic logo over the years, I can't get my mind around now having to think of the lender as a tropical fruit. Apparently Scotia Bank is "richer than you think" as I believe this to be a huge gamble. I'm not saying that people, including myself, will exit in droves but given a choice between well respected banking options in the Canadian Financial sector, will people be carting their money into a bright orange tangerine? Time will tell but I think the name to be more suitable as a frozen yogurt franchise or the logo for a fruit stand sign. If a name change was a must, why not just put another known and trusted stamp on it and call it what it now is, Scotia Bank? I don't know why this bugs me so much? I later ended up seeing a TV commercial for the new brand and watched attentively thinking that would fill in the blanks and make some sense for me but nothing! There doesn't seem to even be a related theme. It's as if the discussion for a new name took place over lunch and as the CEOs peeled back their healthy desert, someone blurts out; "that's it! We'll call it "Tangerine!" 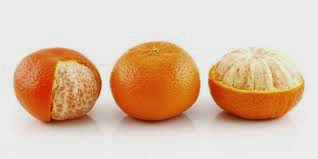 Posted by BurttsCornerBoy at 14:04 No comments: 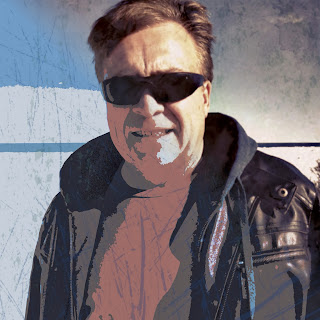 Posted by BurttsCornerBoy at 21:02 No comments:

Posted by BurttsCornerBoy at 15:24 No comments:

Thought of the Day

I work hard these days at not letting the negative thoughts take up space in my head. However, today was looking like a losing battle when something quite common caught my attention. While I was setting on a bench feeling sorry for myself, a gentleman came wheeling by in his chair. My first response was to look right at him with enthusiasm and say; "you're getting it done"! Little did he know, as a big smile came to his face, that my verbal recognition of him was equally a call to action for myself.
Posted by BurttsCornerBoy at 15:15 No comments:

Posted by BurttsCornerBoy at 15:17 No comments:

A Complimentary Tune from Atlantic Bands